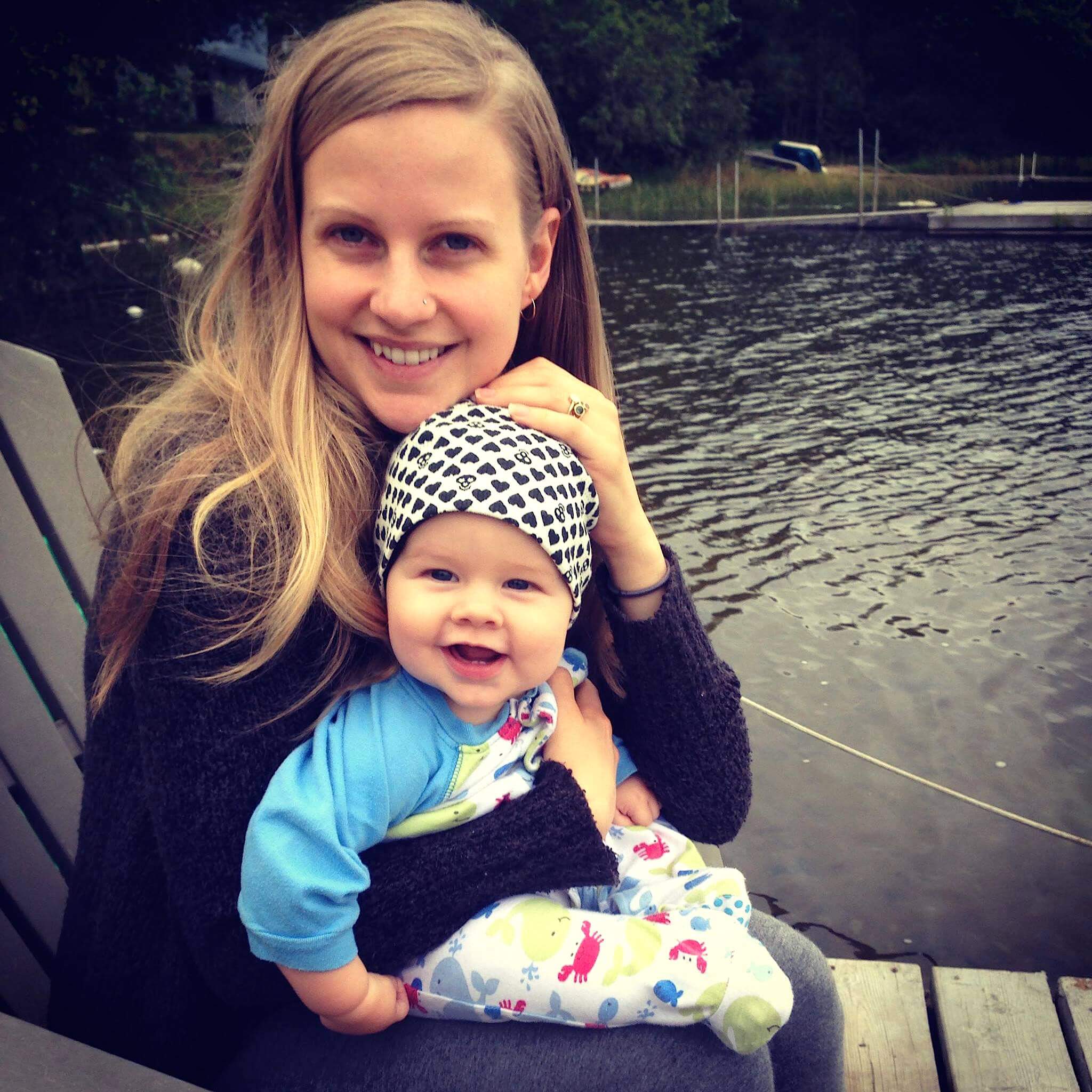 Although I was vegan before becoming a mother, the entire basis of the dairy industry became particularly disturbing to me after I had my first child. Pregnancy and labour are hard, both mentally and physically. It takes months, even years to fully recover. They’re worth it, though, for the gift of a child.

Like humans, cows excrete oxytocin— the bonding hormone— at birth. Human mothers can express what this feels like: we say we would die for our child, we’re deliriously in love, we can’t believe such a love exists. This is the oxytocin talking.

I have two sons. If I were a cow, they’d both be dead by now, killed and eaten. I’d still be mourning them, and maybe others, too. However, it’s almost worse to think that if I had daughters they’d be suffering my same fate. Losing a child is any mother’s nightmare, but so is the knowledge that your children are suffering.

It would be excruciating for any sensitive species to watch their beloved child being brutally taken away, helpless to do anything, with no understanding of what was happening or why. Mother cows will relive that nightmare year after year until their bodies are depleted from back-to-back pregnancies when they’re killed and eaten themselves. To think we do all this for the sake of unnecessary dairy foods is difficult to comprehend. 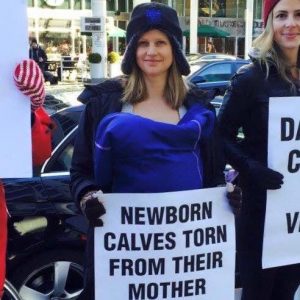 Anna Pippus nursing her baby at a dairy protest.

Attached is a picture of me breastfeeding my youngest baby at a dairy protest. He’ll drink my milk until he weans, and then he’ll stop drinking milk from any mothers.

Becoming a mother has only strengthened my belief that commercial animal agriculture is immoral and my resolve to work towards ending it. The perversion of motherhood is rampant throughout this grotesque system, beyond the gentle mother cows who grieve their children. It’s also present in the thousands of orphaned chickens in barns being raised for meat, peeping for their mothers and finding no comfort. It’s present in the pigs unable to stretch through the aches of pregnancy because they are so tightly confined, and never being able to snuggle with their babies as pigs love to do. It’s present in the chickens laying unfertilized egg after egg until their uteruses prolapse or their bones fracture from the loss of calcium.

I’ve seen footage of cows in milking parlours so fresh from birth that afterbirth is dangling down behind them. Their babies are gone, but there’s no time to recover or to mourn, they must be hooked up to machines to have their milk taken for humans. The system is sickening.

None of us would want to be impregnated again and again, to fruitlessly endure the challenges of pregnancy and labour, and ultimately to have our children stolen away from us. We shouldn’t put others through this either.