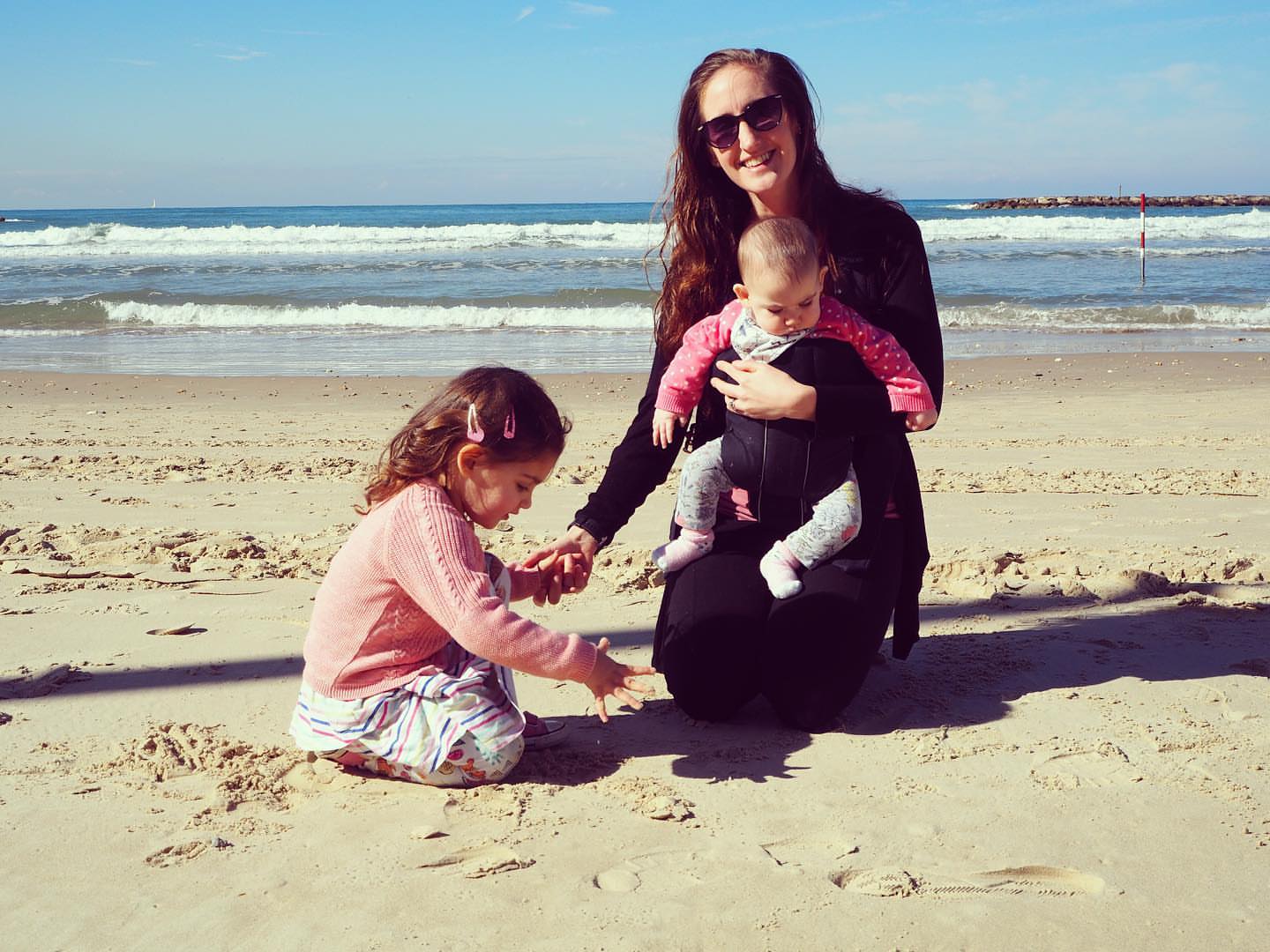 One of the things you’ll often hear dairy farmers say to justify the practice of taking newborn calves away from their Mums within 24 hours, is that cows make terrible mothers. You needn’t look far to recognize this as a lie, whether you look to the many sanctuaries that have rescued dairy cows and their calves living together, or whether you listen to the many sorrowful accounts of former dairy farmers who now speak out against the cruelty of this industry.

But let’s take a closer look at this common justification. Why would nature design cows to be bad Mothers? What would be the evolutionary purpose of having a species that couldn’t successfully raise their own young? Even if it were the case that, through decades of stealing their babies from them at birth, dairy farmers had managed to damage the maternal instinct of cows, this would not be a justification for forcing cows to become pregnant and then taking their babies from them. As has been noted before, that would be on a par with dog fighters, who breed and cruelly train dogs to be unnaturally aggressive, justifying dog fighting by saying the dogs are ferocious and aggressive. In other words, it is victim blaming.

It is also mother-shaming. There are, for example, plenty of inept, neglectful, even abusive human mothers, but this would never justify a wholesale generalisation that “human women are bad mothers.” And it most certainly would not justify forcing women to become mothers and then stealing their children from them in order to steal their breast milk. Through such a lens, the profound perversion of dairy becomes grossly clear. For cows, this Mum shaming is perpetrated because humans happen to want something that doesn’t ever belong to them. This is patriarchal bullshit, and it’s exactly what so many of us are trying to fight against within our own species and our own mothering communities every single day.

The animal agriculture industry is a systematic display of power and dominance falsely presented as benign tradition, “nutritional necessity” and even deep respect for animals, another ill-fitting line you’ll sometimes hear farmers say. In reality, it is the widespread abuse and suffering of mothers and their babies, and the endless exploitation of their reproductive systems for purposes which can never actually allow a natural relationship between mother and baby to develop. How can you breed billions of land animals for food each year if you don’t have mothers producing babies? It would not be possible. The bodies of female animals are the largest and most abused cog in the system and without them, without their ability to reproduce, there would be no industry left. So the exploitation continues, generation after generation. Mothers suffer. Babies suffer. Families are ripped apart. And they all eventually are killed, and the industries profit. That is how it works. But clever advertising and deep conditioning since childhood allow you to believe otherwise. 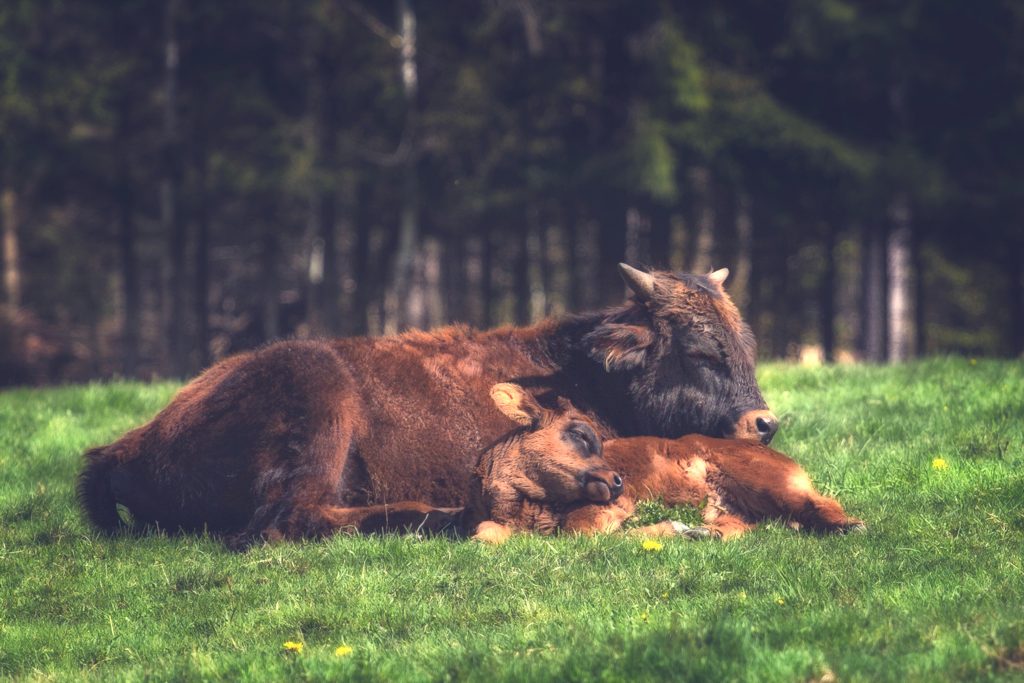 A mother cow and her calf.

You only have to watch animals in nature, especially in Spring when so much new life is born, to see that mothers are hard wired to protect their young. Sheep with their lambs, ducks with their ducklings, cows with their calves. It is a design of nature so formidable that we feel it for ourselves in our own experience as Mothers, that fierce and innate desire to protect, love and nurture our babies. Motherhood has proven to me that we are, in fact, extraordinary. Our strength, our capability, our resilience, our love, our bodies, our endurance, our desires, our endless drive to rise up against the systems that try to squash us down against these powerful realisations. Motherhood is a coming together, a community, a transformation, a becoming and, for those who choose it, ultimately one of the greatest joys we can ever experience.

So how would you feel if you gave birth and were then robbed of the mothering experience? How would you feel if this loss were inflicted on you over and over, and you were then branded as “terrible”? We must see through this propaganda for what it really is. Cows (and pigs, goats, chickens and sheep) are not only physically and emotionally exploited for their entire lives, but they aren’t even given the recognition that their choice and opportunity to be mothers is stolen from them too. 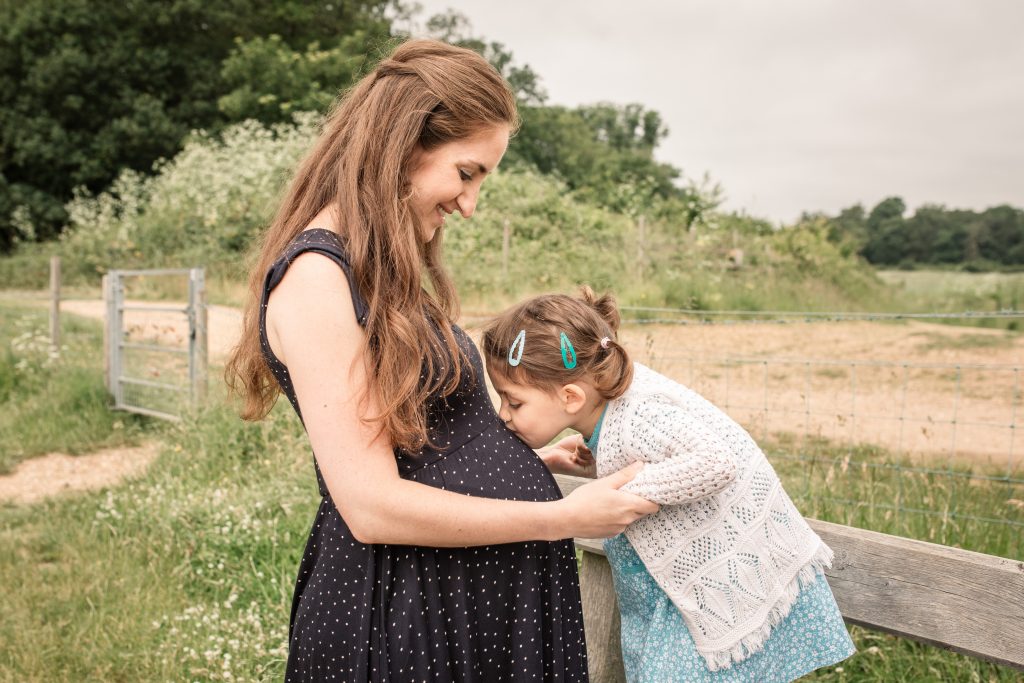 The author with her first daughter, and her second on the way.

Intersectional feminism also extends to animals and their plight. It has to. This is why my veganism is my feminism and is my motherhood. As mothers with powerful voices and a powerful inner knowing, we should not be tolerating this exploitation of other mothers; we should be fighting it. If we can put ourselves in their place, we will feel their suffering, from the crass violation of artificial insemination, through the biochemical bonding of pregnancy and birth, through the shock and grief of forced separation and all the horrors that then follow. We can and we must extend our arms of compassion beyond our own species. 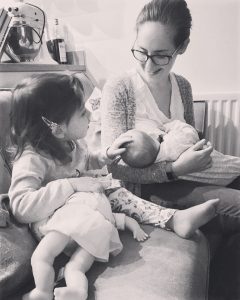 Naomi Jardine is a Mum of two girls, Jasmine and Summer and she lives with her family in Bedfordshire, UK. As well as being a specialist Children’s Speech and Language Therapist, Naomi dedicates a lot of time to writing about her Motherhood experience, the power of respectful parenting, life as a vegan family and reflections on how the experience of Motherhood can lead to our own personal growth. Naomi is a passionate vegan activist, an avid listener of podcasts, and a lover of house plants and yoga.

Mothers Against Dairy Join Campaign to #GetMilkOut of School Meals