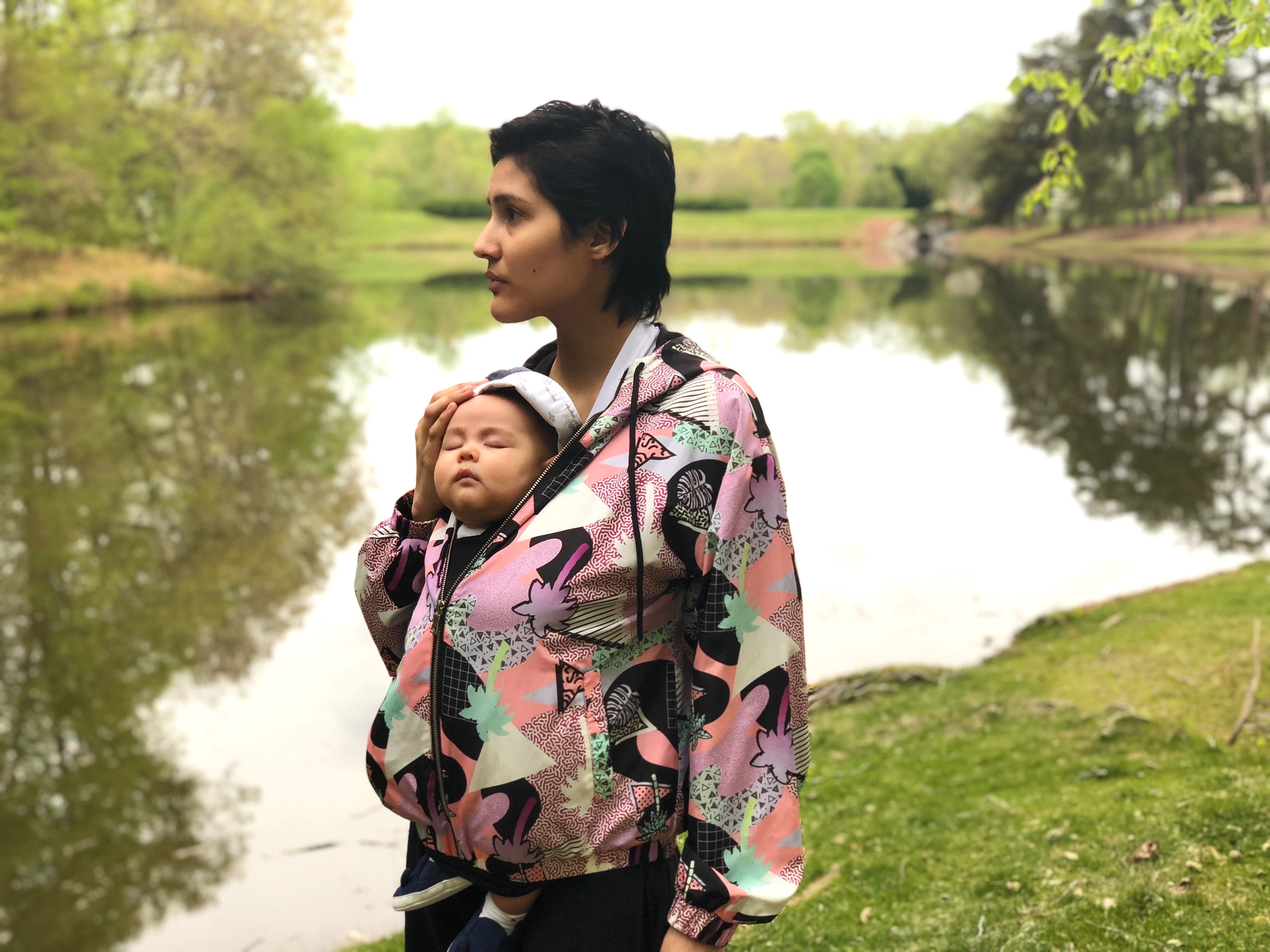 I had struggled unsuccessfully for 3 years to rid dairy from my diet prior to becoming pregnant with my first little boy. Very soon thereafter I began to research what happens to animals who are used for dairy, and that’s when I realized the dairy industry goes against motherhood as a whole. I realized I had been contributing to the forceful impregnation of other mothers, and the subsequent abduction of their children, and it was the most painful realization I had ever experienced.

As a dairy consumer, I was part of a system that forces motherhood on other animals, then steals their babies in order to steal their milk for another species that it was never intended for. Consuming this milk was literally sending babies to slaughter, and putting mothers through the heartbreak of losing their child, over and over again.

Giving birth to my son naturally, after choosing to become pregnant, I couldn’t imagine being forced to do it year after year with no chance of ever being able to hold and nurture my baby, or to raise him. I put myself in the position of a dairy cow during my pregnancy. I imagined someone stealing my baby from me as soon as he was born, and the pain I felt in my heart, and in my womb, was so strong and instinctual. I knew I could never support this industry again. I also determined that I had to start speaking for these mothers, and their children.

No matter what the form of farming, whether small “family” farm, organic “humane” farm, or factory farm, the dairy industry is based on the exploitation of motherhood and the female reproductive system. This is its essence. As a mother, I cannot support this and I cannot be silent. And I cannot understand how anyone, especially a mother, would choose to support such an industry. Regardless of species, a mother is a mother, and a child is a child. If my body can create breast milk for my human son and his species-specific developmental needs, I see no logical explanation to use a growth fluid not designed for my child. If it’s not necessary, then it is a choice; and I choose not to steal from another mother and her child.

All mothers deserve the right to love and nurture the babies that their bodies create and bring into this world. Biologically speaking, a cow’s milk is specifically formulated to turn a calf into a large cow in less than a year. The thought of putting this inappropriate growth fluid into my child, instead of my own breast milk designed by my body to fit my son’s need, is bizarre to me. And for humans past the age of weaning to be consuming bovine baby food is not only bizarre, but deplorable, given the exploitation of motherhood it entails.

This is not to shame those mothers who, for whatever reason, find themselves unable to nurse their children. But even then, it should be human milk that is available to them as a supplement. Milk banks and milk shares— which consist of nutritionally appropriate human milk donated by consenting human mothers— should be given more funding and development instead of subsidizing a system that exploits nonhuman mothers so we can turn their lactations into ice cream and cheese.

Cow’s milk belongs to calves, not humans. I am a mother against dairy because the dairy industry is a cruel lie.