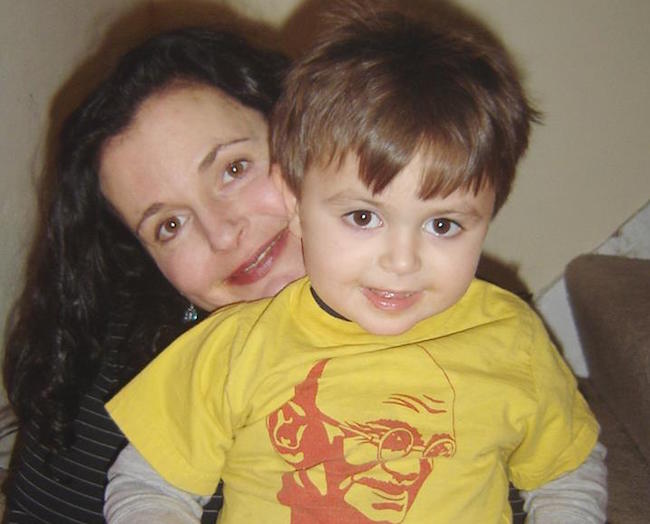 When I gave birth to my son, I had already been vegan for seven years, and my commitment to veganism was unwavering— but I don’t think I ever connected as deeply to its principles, or empathized more with the poor mothers and their babies exploited by animal agriculture, as I did after my son was born.

Due to a medical complication, my son had to be hospitalized for about a week after he was born, and it was positively wrenching despite the fact that he was given the best of care and had professionals tending to him around the clock. But even though we had full access to him, not being able to bring our son home, and away from that intrusive clinical space with all the machines beeping around him, was incredibly difficult.

When he was finally released, I spent weeks on end nursing him in bed, getting the hospital smell off of him, touching his soft skin, his downy hair, just staring at this beautiful being. I never wanted my son to be away from me ever again. Knowing full well what is done to mothers and their babies on dairy farms big and small around the world, this was a bittersweet time. My baby was safe; we were together. The same cannot be said for mother animals on dairy farms, whose babies are mercilessly taken from them so their milk can be stolen for humans for whom it was never intended. That unbearable loss is something that every mother should understand in her bones.