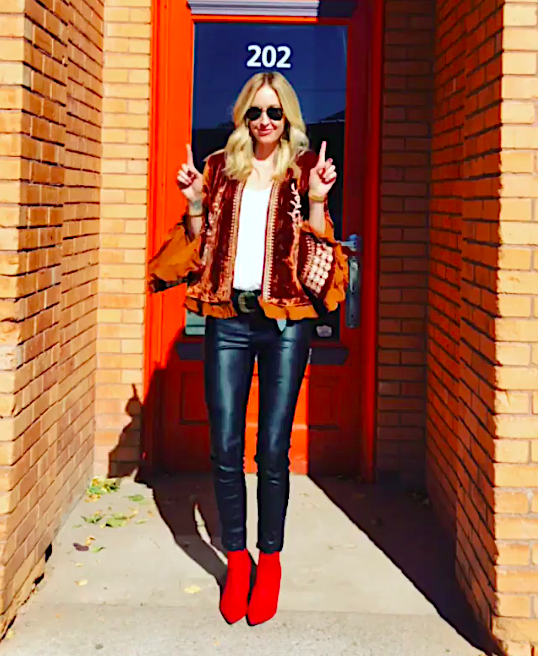 We are thrilled to tell you all about Plant Perks​, a woman-owned vegan cheese company in Missoula, Montana whose vegan cheese spreads recently blew our minds.

Tiffany Perkins started Plant Perks in 2017 after a decade of thriving on a plant-based, organic lifestyle. She wanted to find a way to combine her deep passion for healthy living ​with her desire ​to help as many animals as possible.

In search of further enlightenment, Tiffany traveled to Thailand to attend the sought after Matthew Kenney Culinary School. She graduated as a certified, raw vegan chef and then dove head first into completing another certification in holistic, culinary nutrition. Her stated goal is to use her knowledge and firsthand experiences to help others realize the extreme healing powers that a compassionate, vegan lifestyle has on the mind, body and soul. 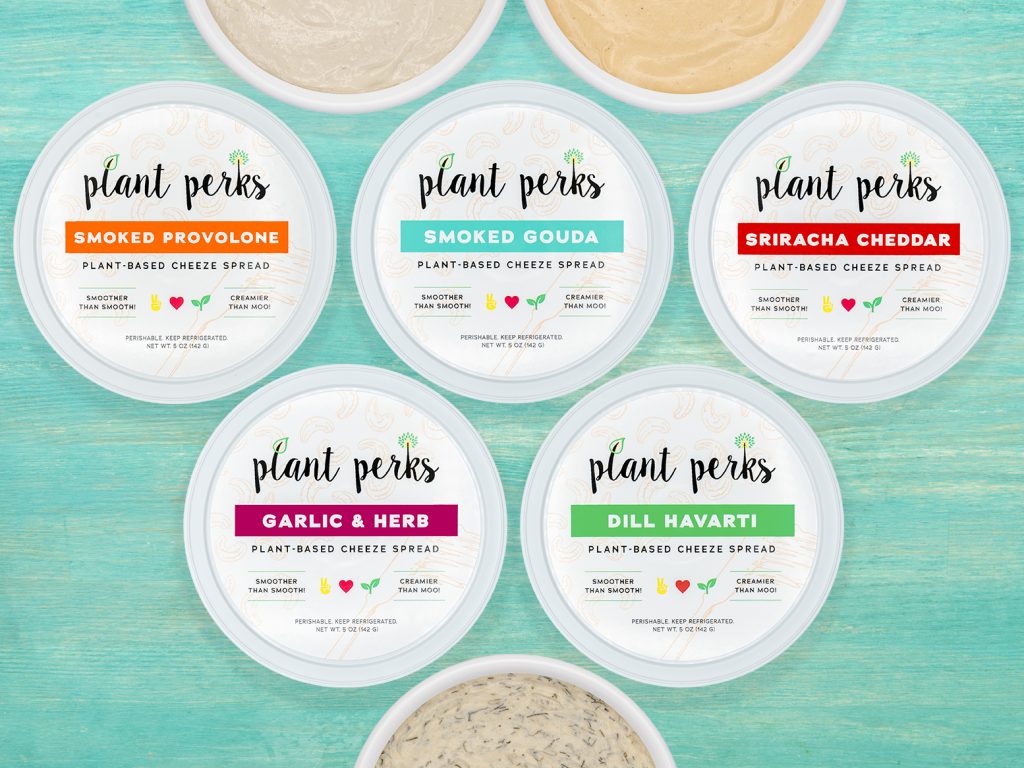 A passionate animal rights advocate and mother, Tiffany recently reached out to Mothers Against Dairy and asked if we’d like to try her cheeses. Well, yes we would, thank you kindly. She sent us five flavors and our minds were promptly blown. We knew we wanted to help spread the word and turn more folks on to these cheeses— but first we had to ask how the cashews are sourced. 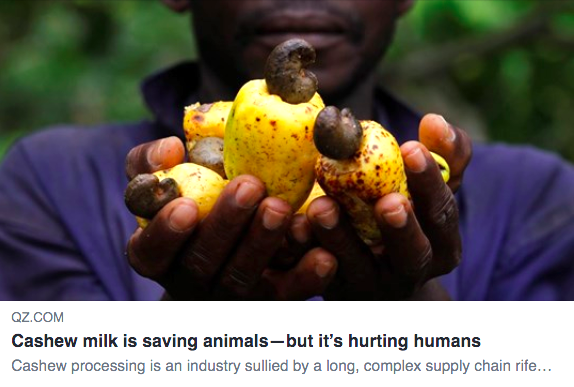 In recent years, numerous exposés into cashew processing have revealed an industry rife with human rights violations, many of which relate to the hazardous conditions posed by processing of the food.

Although most people think of a cashew as a nut, it is actually the seed of a fruit. It originates in a kidney-shaped drupe that grows at the end of the “cashew apple,” a large “false fruit” that resembles a pear or bell pepper and is usually red or yellow. The apple section is edible, but many find it bitter and it is not widely consumed, though the juice inside is sweet; in some cultures the pulp and juice are made into a fruit drink.

The true fruit at the end of each cashew contains one seed, the cashew nut. Inside the shell layer is a toxic black resin. If the shell is not opened properly, the resin will get on the cashew nut, making it inedible. Most cashew processing is still done manually, and exposure to the toxic oils causes painful burns to the skin, as well as lung irritation if fumes or nut dust are inhaled. Because of poor labor conditions, and even forced labor in some cashew processing facilities, workers often endure long hours of fast-paced processing with limited access to protective gear. Or because of extremely poor pay, workers will often choose not to wear gloves because they slow down the sorting process. 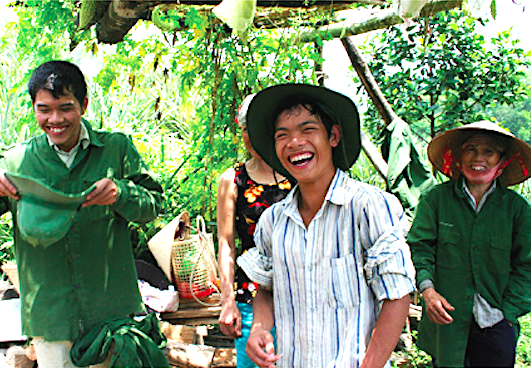 Some of the cashew farmers who supply Tradin Organic.

It was important to Tiffany to ensure that not only animals, but also humans weren’t exploited for her cheeses. After much research, she partnered with a company called Tradin Organic that sources their cashews from a group of family-owned organic farms in Vietnam. Those cashews are then processed by a Vietnamese workers’ collective that pays the workers a living wage, and provides them with health insurance. Tiffany told me the processing company also employs mainly women to create jobs for them that otherwise would be hard to find.

That sealed the deal for us. A vegan cheesemaker who’s in it for the animals but prioritizes worker wellbeing as well as organic growing practices; we wanted more people to know about this company. So we asked for a special discount code for readers and followers. And we got it! Use the code dairyfreehappyme for 20% off all Plant Perks products. While we don’t recommend ordering vegan cheeses online regularly as something that’s great for the planet, these cheeses are a wonderful option if you’re planning the rare indulgence and they’re not carried in your town. Meanwhile, Plant Perks is working hard to gain greater retail distribution and is currently sold in a variety of stores across Montana, Wyoming, Idaho, Washington, Oregon, Colorado, Ohio, Tennessee and New York (see website for specific retailers).

Because of her chef background, an added bonus of Tiffany’s cheeses is that she creates incredible recipes for them that are regularly shared on the Plant Perks website. (Check their instagram or scroll down for mouthwatering photos of these creations, but first make sure you’re not hungry.) 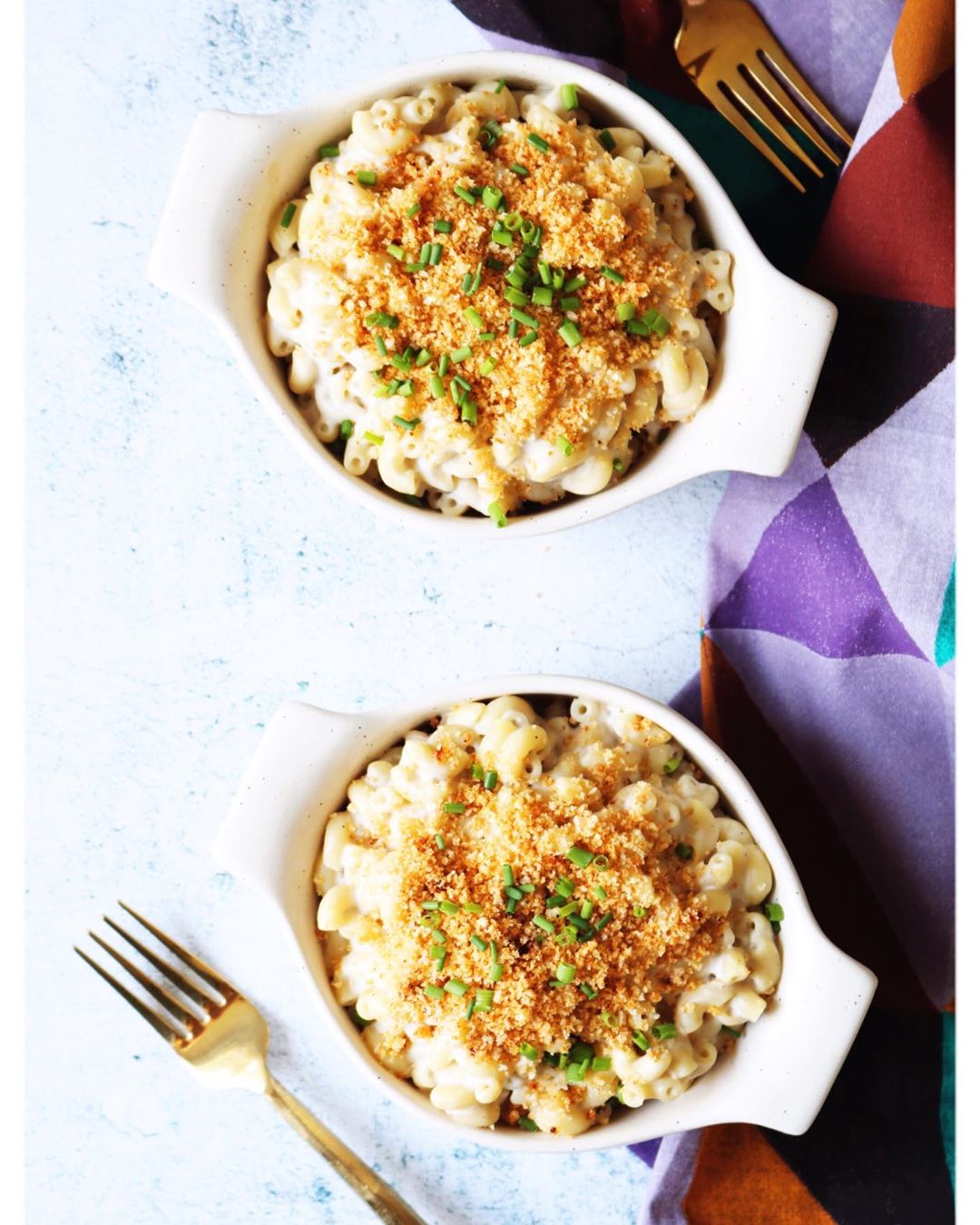 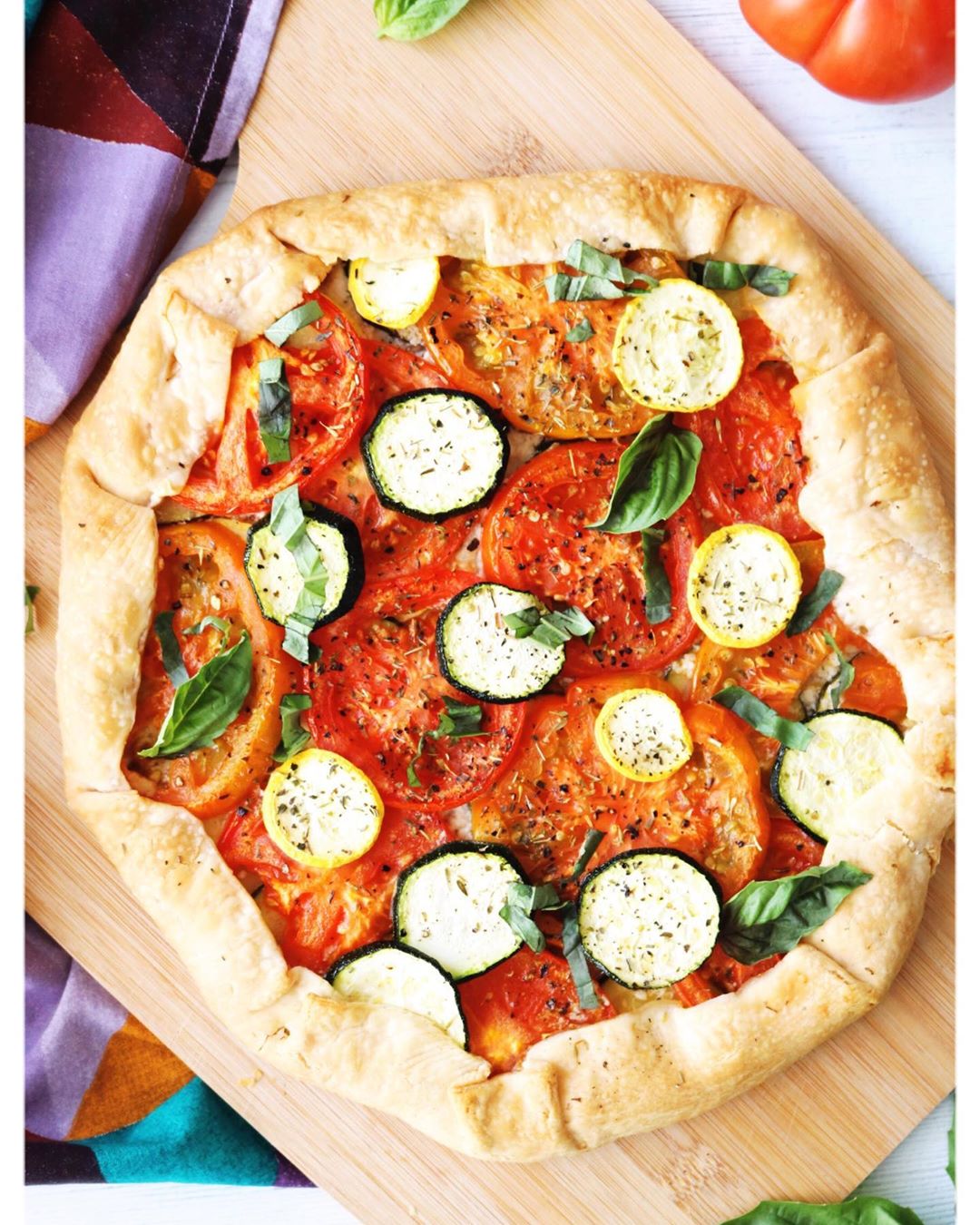 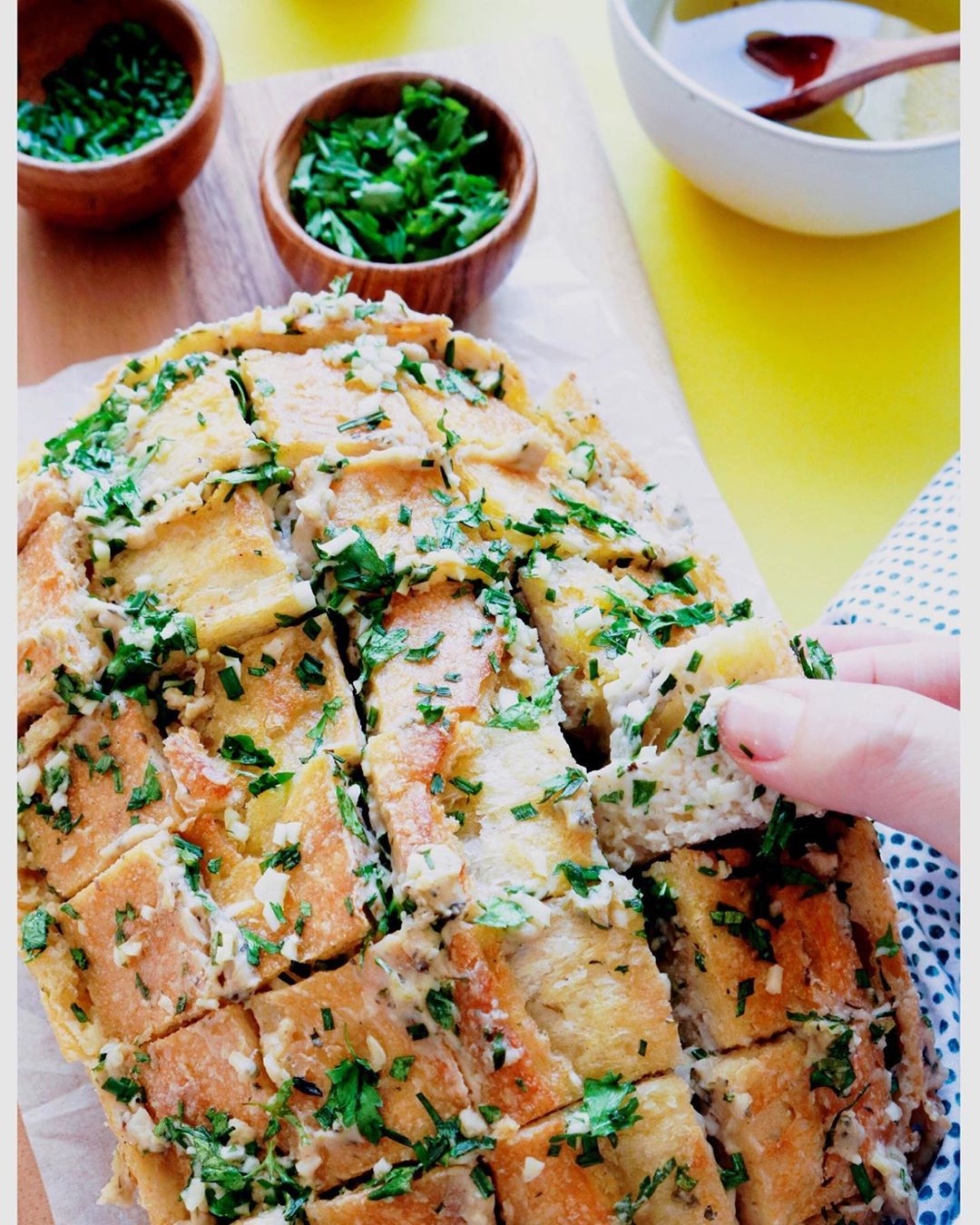 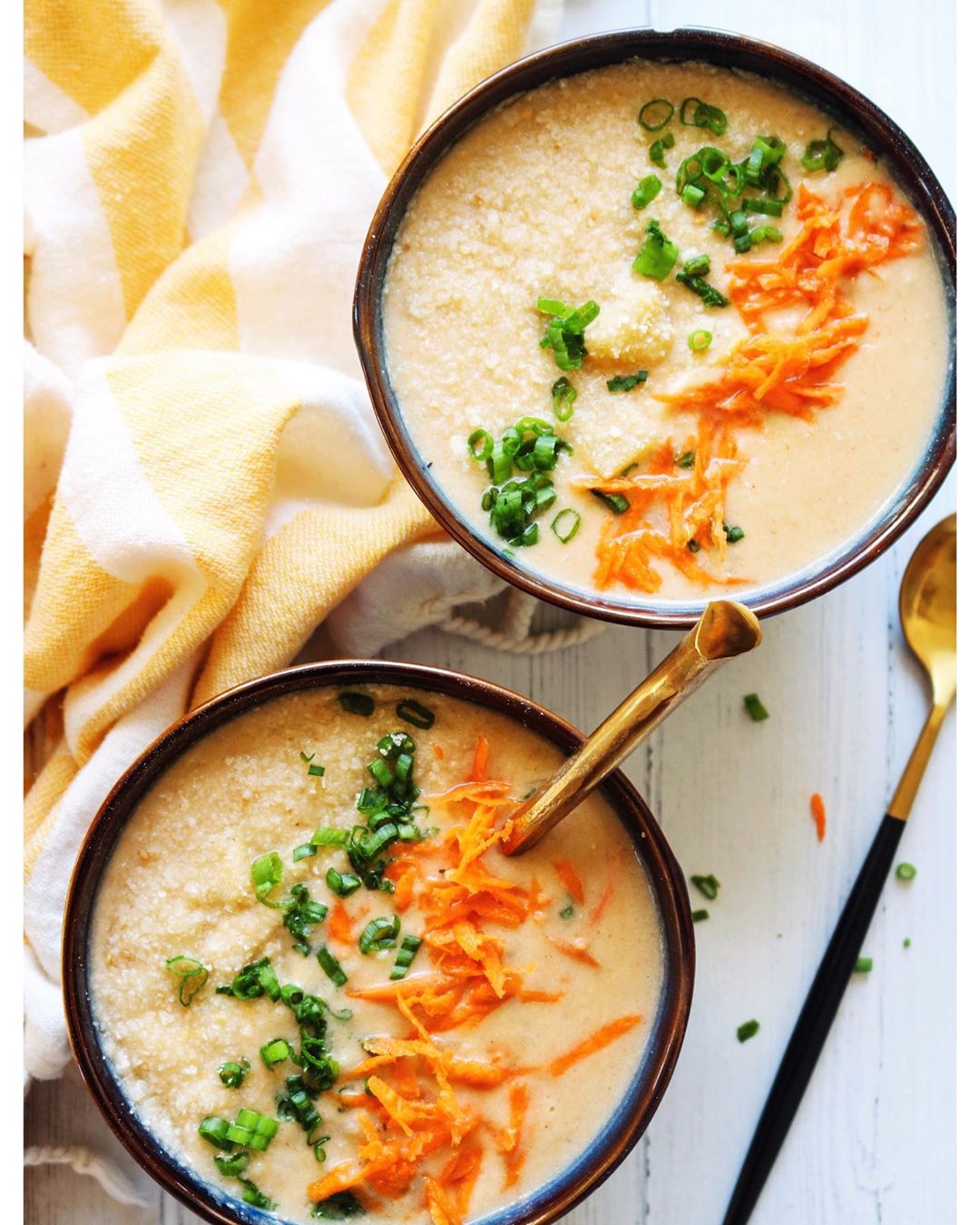 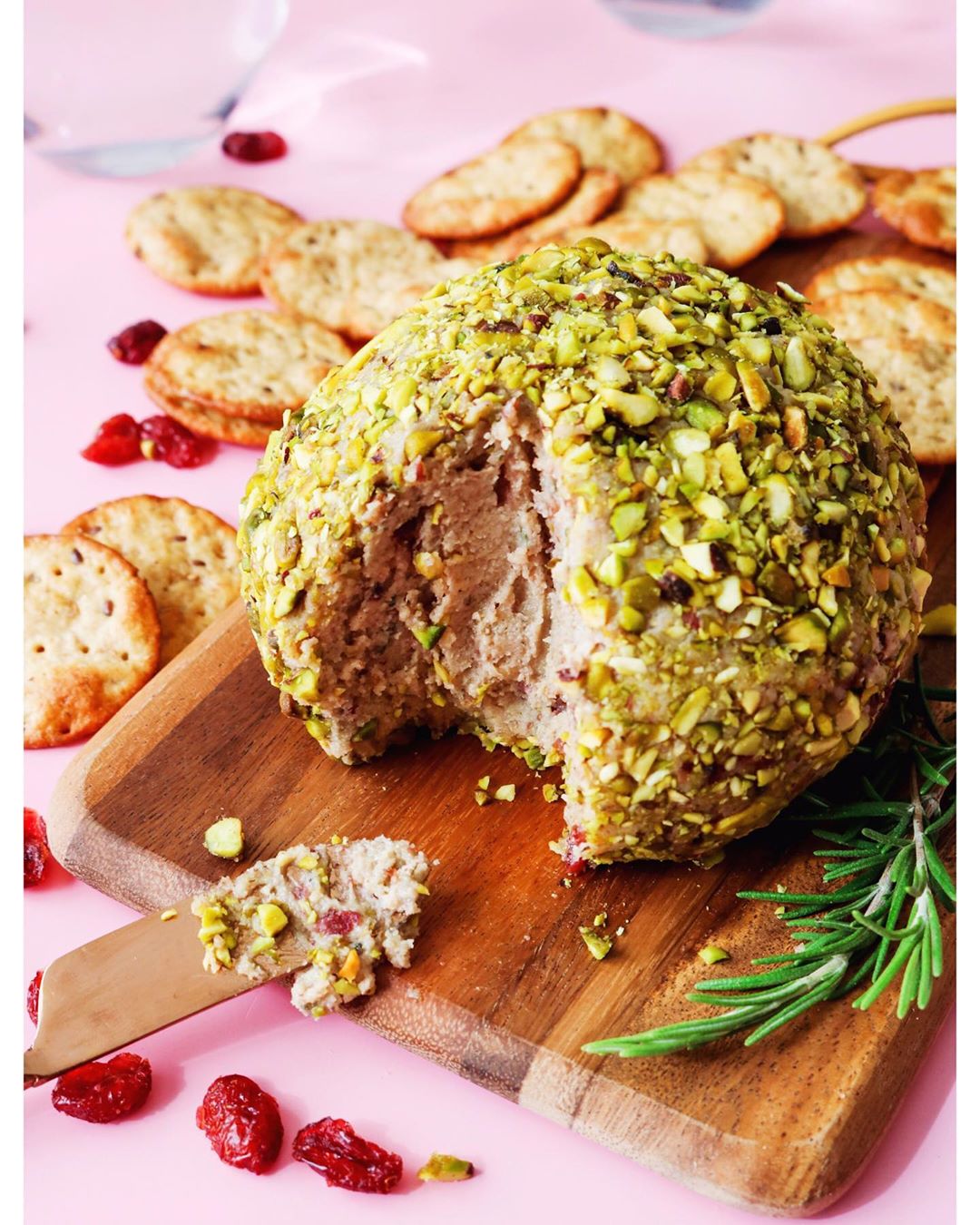 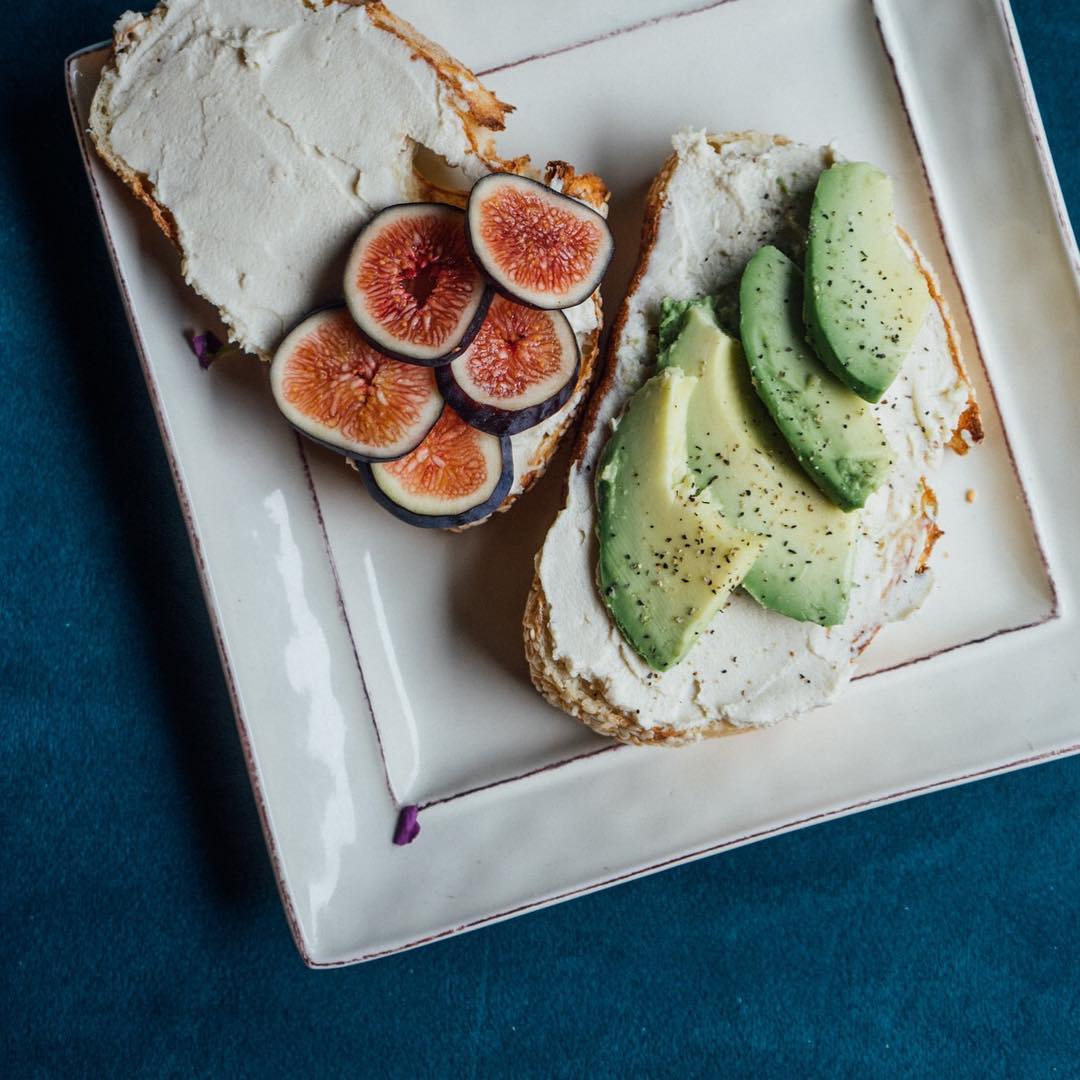 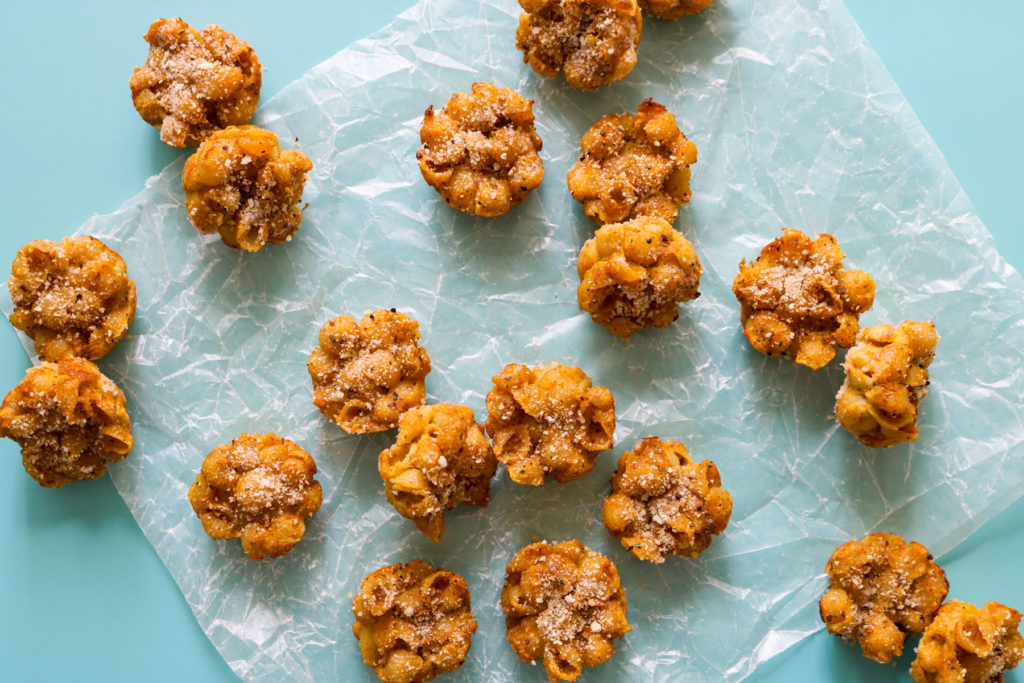 Got a vegan or vegan curious, cheese-loving friend? A 3 pack of Plant Perks spreadable cheeses makes a perfect gift! Especially swoon-worthy in our opinion (as in we may or may not have eaten an entire tub in one sitting): Sriracha Cheddar, Smoked Provolone and Smoked Gouda. And while we didn’t get to try them yet, the Sharp Cheddar and Pepperjack are screaming our name.

Please note: all online orders must be placed by Monday night, Dec. 16, in order to arrive before xmas. The shipping is expensive (all the more reason to help spread the word and get these cheeses in more retailers), but if you decide it’s worth it, use the discount code dairyfreehappyme for 20% off.

Mothers Against Dairy Join Campaign to #GetMilkOut of School Meals